Current Mobile Trends: Things to Consider Before You Start Developing

Modern business, as well as other spheres of human activity, is closely connected with high technologies. Nowadays, many people prefer to invest in virtual goods. Mobile applications are widespread among those ones who want to organize their start-ups in the IT area. In order to choose the right strategy to grow your business, you need to analyze trends in the modern market of mobile technologies. The absence of this information may lead to a wrong decision and, as a result, material losses.

That is why in this article we are going to consider the basic aspects which you should pay attention to before making a decision of developing a mobile application. The research was made on the basis of statistic data for the last few years.

Let's start from the very beginning and pay attention to the tendency towards an increase in the number of smartphone users. According to the data provided by Statista, the user count increased to 489.4 million in 2016 comparing to 2014. The current number of users is 2282.7 million. The tendency towards increasing this figure to 2659.4 million in 2019 is observed. For clarity, the above data are illustrated in the barchart below.

Well, the figures prove that the mobile application development is a right choice for running a business. Let's move forward and take a look at the worldwide market share between different operating systems.

See also: How much does it cost to create an app?

Android, iOS, Windows Phone - these titles sound very familiar. But which of the platforms is better to choose for business? Which of them are in great demand? Which users are ready to tear themselves from the money to get the mobile app? Again, statistic comes to the rescue and provides us with the answers. According to the data provided by IDC, we have drawn a circular chart. Take a look at it to find out the mobile OS market share worldwide.

As you can see, Android keeps a leading position compared to other operating systems. However, it does not mean that you should throw all the efforts for Android application development and forget about other operating systems. The statistic of mobile OS market share in the countries of the world shows that Apple is a choice of the well-off. For purposes of clarity, take a look at the barchart below which was generated basing on the Macrumors data.

Thus, it is necessary to understand which customers your future application is going to refer to. In any case, Android and iOS are the most popular mobile operating systems worldwide. But you should not forget about Windows Phone as it gradually increases the number of users.

Which store are you going to sell your app in? Which one is the most popular? Which one has a plenty of space? Take a look at the figures below to be aware of the current trends (the data are shown basing on the statistic of 2015 provided by Statista).

Google Play keeps it's leading position as for a number of applications in the store, however, Apple App Store steps on it's toes with 1.5 million apps available which is 100 thousand less than in Google Play. Amazon and Windows Phone app stores are far behind the leaders with 400K and 340K apps respectively. BlackBerry occupies the last place with 130K applications in the store.

The latest AppAnnie report shows that Google Play also leads in the number of downloaded applications. For more information refer to the image below.

Apple App Store is ahead of the Google Play on the profit number.

Let's move on and pay attention to the most popular mobile applications categories.

Basing on the AppAnnie report, we have identified the most downloadable and profitable categories worldwide with a breakdown into Apple App Store and Google Play. Take a look at the images below.

As you can see, Games are an undisputed leader in the categories of the mobile applications both by downloads and revenue. Subsequent positions differ depending on the App Store. For example, Photo and Video are the most downloadable category in the Apple App Store after the Games, however, Photography occupies the fourth place by downloads in the Google Play. In it's turn, Tools are widely downloaded by Android users, however, Utilities are on the fourth place by a number of downloads.

Concerning the revenue, Social Networking is the most profitable iOS category after the Games, on Google Play, it occupies the third place following Communication. The less profitable categories are News and Lifestyle on iOS and Android respectively.

We have identified the most downloadable and profitable categories but what about the regions? Where do the active and generous customers live? Let's take a look at the figures below considering iOS and Android distribution.

Thus, users from China lead in the downloads from the Apple App Store, however, they occupy only third place when speaking of revenue. US users go to the Chinese in the matter of downloads but lead in the revenue index. Such countries as Russia and Brazil are in the top ten by downloads but they are missing in the top revenue chart. It means that such users readily download apps but do not want to pay for them.

The situation with Google Play is slightly different. The users who download the biggest past of applications live the USA. These users also occupy the second place by bringing profits. The most profitable customers of Android devices live in Japan. South Korea, Taiwan, and Germany are on third, fourth, and fifth places respectively. The users from such countries as Brazil, India, Russia, Mexico, Indonesia, Turkey, Thailand do use and download the applications but are not willing to pay for them. These countries are not included in the top ten chart by revenue.

It is clear that the United States and Japan are the most profitable countries. Users who live there are ready to pay for apps and increase your profit. Anyhow, we propose to narrow the range of users and see which age and gender categories are the most active ones.

Basing on the diagram provided by Reality Mine data we have identified the most popular app categories by age and users in 2015. Note: this diagram does not include Games, the most downloadable and profitable category, and other less popular categories. We will consider them later.

Most popular categories by age and gender

Let's take a look at the age and gender distribution between the other categories.

Other categories by age

It is quite surprising that the elderly people spend the biggest part of the time on games. Users of the age range between 44 and 64 years old play much more than the youngest ones of 18-44.

The figures below provided by CNBC show that people of the age higher than 44 y/o easily spend money on the gaming mobile applications. This is true both for the Apple App Store and Google Play.

Customers are willing to use and pay for the mobile applications. But first of all, you should make them to actually download the app. How to do that? The current mobile researches show that major part of users pay a great attention to the ratings and feedbacks of previous customers.

Users' decision to download apps according to their rating

In it's turn, rating distribution between mobile applications according to the AppLift is as follows:

As you can see approximately a half of all the applications in a mobile market have a positive rating of four and five stars. It means that a major part of users would not even try the app in case it has a bad rating. That is why you should approach with a great care to the customers' contentment.

Thus, the market of mobile technologies in general, and mobile applications, in particular, is growing rapidly. The latest statistics indicate that the number of smartphone users is increasing non-stop and this trend will be observed in subsequent years. Particularly, we have over 2000 million mobile customers now and expect this figure to go up to 3000 million in 2019.

Concerning the operating systems, Android takes the leading position in the world. iOS has the second highest number of users. Windows Phone closes the top three.

iOS is considered to be the choice of the well-off. It's users bring more revenue to the applications owners than the Android ones despite the fact that the number of downloads from Google Play is much higher than from the Apple App Store. In particular, downloads of Android applications are almost twice more than the downloads of iOS ones. However, the Apple App store revenue is almost 80% higher than the revenue of Google Play.

Speaking of the categories of mobile applications, it should be noted that Games are an undisputed leader both by downloads and revenue. However, Communication, Tools, and Social Networking take a significant part of users' attention.

Among the users who actively download the applications both from Apple App Store and Google Play, there are representatives of different countries. But the marketplaces bringing the highest profit are justly considered to be the USA and Japan.

The research shows that women spend more time on social networks, and men - on Tools. Elderly people of the age range between 45 and 64 y/o actively play games and willingly spend money on them.

Users do rely on the opinion of previous customers and prefer downloading the applications of high rate. Particularly, 96% of all the potential users would try the app which has a four or five stars rating.

All in all, the ideal and profitable mobile application can be described as the 5-stars game developed both for iOS and Android platform and oriented to the elderly Americans and Japanese:).

Beyond the joke, you should consider the statistics above with a great attention. The quality of the application, marketplaces of interest, and target audience have a direct impact on your future profit. It is well known that demand begets supply. That is why developing an app of the unclaimed category is rather injudicious. It is also unwise to create an application seeming stranger to users in such countries as the US, Japan, UK, Australia taking into account the fact that they bring the highest revenue worldwide.

If you have an idea to create an application, contact us for estimating the price of the question. Even though we may not predict your future profit, we can exactly tell you how much you are going to invest. 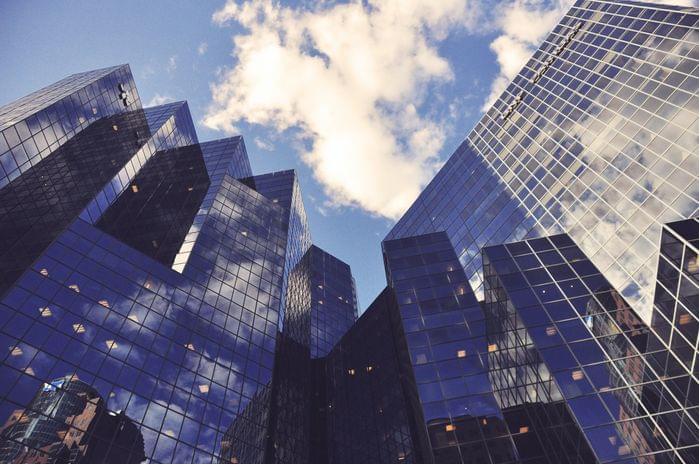 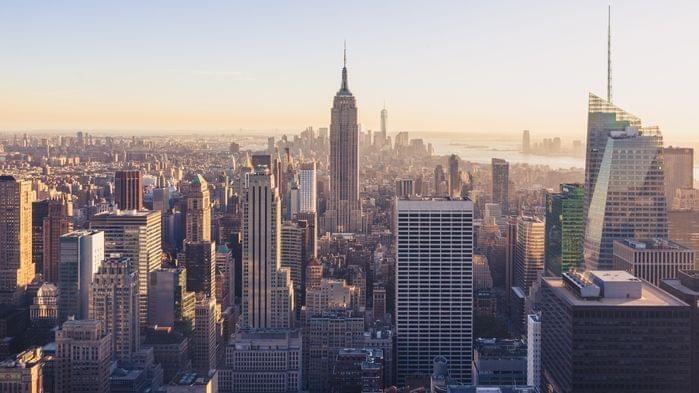 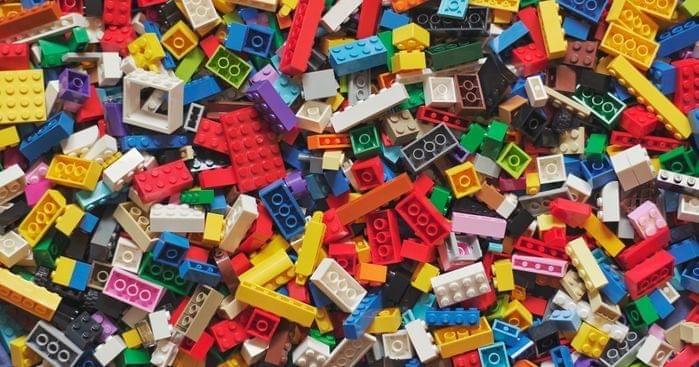