How To Create The Best Smartwatch Apps

As devices get smaller and more powerful, they find their way into our everyday objects. We currently can not only carry personal computers in our pockets but also wear them. Wearables can surely come in various shapes, sizes and sophistication. What they all have in common is that most of the technology giants put their bets on wearable devices.

The marketplace of smartwatches is presently blossoming. More and more smartwatch app developers try hard to figure out how to make their software stand out from the competition. While functionality and innovation have always been obvious features of any application, there are a few more key traits to be considered while building apps for wearables.

Before getting down to the app for smartwatch development, it is important to see what trends there are and what the best apps we can use as inspiration for our projects. Let us look at the latest trends which will dictate the development direction to us.

If you want to create an application for a smartwatch, you have to understand that an app based on some modern trends has more chances to become famous than an app with nothing new. Here are some trends connected with smartwatches which you can use to make your app for smartwatches fascinating.

Trends in a smartwatch app development

Smartwatches are becoming even smarter

If you have seen Apple's WWDC 2017, you may have noticed that almost all innovations and changes are based on some smart features. For instance, one of the announced innovations was an ability of Siri to learn from you and offer you those icons on the screen which you would probably need the most at a particular time in a particular place. This new opportunity to collect big data about your customer gives you a great chance to create an innovative product and what matters, even more, is a customized smartwatch development platform. This approach can be used in all sorts of apps.

Now, it is not only important to have a handy gadget which is packed with fancy features but to make it look great. If you look at Samsung Gear S2, you’ll understand what I’m talking about. When developing this type of an app you have to consider the design very carefully. Your app has not only be nice but also fit the general look of the device. If you’ve noticed, WatchOS 4 also cares about the aesthetic pleasure of their customers and created beautiful kaleidoscope views which can be customized according to the users’ preferables.

If you want to get the precise cost estimation of your future application, then here's our free app cost calculator for you from Cleveroad!

We are used to thinking that the apps for smartwatches are just small copies of the apps for smartphones. Now, it has changed. Buying a smartwatch, people want to use the same apps with the same functionality as in a smartphone, especially if their phone or computer is out of reach. So, make sure that the app you are working on will be just as useful as a smartphone version. For example, with the new updates in WatchOS 4 you can easily transfer money via your smartphone, so why not use that?

To inspire you we will take a glance at some wonderful smartwatch applications and maybe, we’ll borrow some ideas or a business model from them.

Strava. Fitness and healthcare applications are one of the most popular types of the apps developed specifically for smartwatches. And Strava is not an exception. It is a great app for runners and cyclists to track their sessions. And it's brightest distinguisher is the ability to work independently, without a smartphone. So you don't have to carry a phone with you while you are jogging or cycling and the watch will do all the work for you.

For a long time, the Strava app was not compatible with Apple Watch. But it has changed in 2017. And this combination gives you even more benefits. For instance, you can use Siri to map a route and many other things. To date, the app can work with Apple Watch, Fitbit Surge, Sony SmartWatch 3 SWR50, Garmin Vivoactive, Pebble Time and Microsoft Band.

Glide is another cool app designed for smartwatches. With the app, you can not only text but also send video and audio messages which is a great fun. The app was launched to work first on smartwatches and second on phones. Why? Because it is not very convenient to text messages on the watch, it is much easier to send a voice message using only one button. That is the main idea of the app. The idea to make communication via the watch just as convenient as with the phone.

Need a messenger? Watch our short video about the cost of an app like WhatsApp.

Knock. Knock is an app for Apple Watch. It’s the main feature is to prove your identity and unlock your Apple devices with the help of your watch. No passwords are needed. All you have to do is to tap the app on your watch. It’s that simple! The app uses BLE technology which means that your battery will last a long time because the approach is very energy saving. Unless your Mac is in sleeping mode, you need a second to unlock it with your Apple Watch.

Now think, what do all these apps have in common? I can tell you what. They were all designed and developed for smartwatches. They may be even less comfortable to use on a smartphone but they work perfectly on a tiny screen of a watch. All we are trying to say here is that you need to think about the UI of your app at first and everything else second.

Let us shed some light on the differences between Android Wear and Apple Watch, so you could see the whole picture before you start your smartwatch app development.

The Android concept of input and output data is based on voice control and context awareness. Tapping icons to start an app was replaced by a card appearing in relevant time. Android Wear UI is based around the two primary functions of Suggest and Demand.

How to build Android wear app

An app should be as focused as possible. If using it takes more than 5 seconds, it will make the user stop, which conflicts with the basics of the development for a smartwatch.

Use all the space available. The area for interacting is limited, so do your best to consider how big your gestures could be to ensure the best interaction even on a walk.

Pay attention to the stream cards. Stream cards are extremely important. Make a list of common situations and provide the correct content right when the users need it. Sensors or cloud-based events will help you to ensure a timely display.

Learn more about the modern mobile design and it's main principles from our research and find out about the Cleveroad experience!

Split the information into the small portions. It means one thing at a time. Split bits of information on separate cards and use multiple pages is the key to success.

Apple watch applications represent the extension of the iPhone apps, using WatchKit SDK. This specificity should be primarily considered while developing apps. According to the Human Interface Guidelines interaction methods that Apple has provided include Gestures, Force Touch, the Digital Crown and Side Button. When it comes to the way users interact with Apple watch apps, there are four major principles that are worth your attention.

Use notifications. Do not underestimate the value of notifications in Apple watch apps. They are a way of quick interaction. Notifications can appear in two views short-look and long-look. Short-look interface should provide brief information avoiding any private or potentially vulnerable text. Long look reveals the details and up to four actions buttons.

Use glances. These pieces of apps provide users with only the most useful and important info that appears at the right moment and place.

Use watch apps. The detailed information shown on Glances or Notifications is provided in Watch apps.

Use complications. They allow users to see what is frequently used directly on the watch face. Complications are built using templates, defining layouts and appearance.

Don't know how to attract users? Here are the most useful tips to acquire and engage customers to your product

Basically, the two platforms differ significantly in architecture. Android Wear is a fully operational OS, while you can't use Apple Watch without iPhone.

How to create a smartwatch app

Here are some general requirements, which can ensure the best usability and performance of your smartwatch app on any platform.

While designing your application make sure it is Touch & Glance friendly. Wearers don't feel like sitting and struggling to deal with your app's functionality. As well as constant boot ups can drain anyone's patience. Actionable notification is the best way for users to interact with their watches.

Though this device has a direct access to body parameters and sight, which opens up new horizons for creativity, it's not the best idea to overload your app. Always consider the model you are developing for because obviously the functionality set of each is different. Be aware that smartwatches are forwarded to practicality first.

The key to success of an app is balance. Keep fonts readable. Too large or too small both can be a fail. The application that pushes updates at users with annoying persistence, will do nothing but make them mute your app. Try your best to be thoughtful when testing your app before releasing.

When developing a smartwatch application it's extremely important to consider battery consumption and power processing. Don't send too much data to the watch, because highly active screen content drain the battery as well as can cause distraction and discomfort on a small screen.

Smartwatches at most are paired to smartphones, and offer content via a companion mobile application. It would be a good idea to enjoy the benefits of smartphone functionality in your watch app.

Creating smartwatch apps seems to be slightly different than developing smartphone apps. Both platforms provide almost the same features and functions, but an interface, hardware capacity and, the most important, purposes of these devices are among the differences. The designing approach shouldn't follow the paradigm of making smartphone features fit a watch. It's better to figure out what should be done to take the most of a watch and make it better than a smartphone. If you have any questions, don't hesitate to contact us.

To create a great Apple Watch app you need to follow these simple peaces of advice:

Here's the list of advice for Android wear app development:

To create a smartwatch app, you need to define the idea. It may be a health app, messenger, or entertaining app. Then, draw up a feature list. It's crucial to understand what features should be included in your app. When everything is done, you should find a tech partner that will build your software. Don't forget to conduct detailed research of software development companies to find the one that offers great quality for an affordable price.

A smartwatch app is basically the same app for mobile phones but designed especially for smartwatches' small screens. A well-designed smartwatch app should offer functionalities that are similar to the same on the mobile platforms, considering limitations caused by the wearable platform.

There are a lot of smartwatch apps for today, so it's hard to define which of them are the best. Still, we've created this list of very useful apps for wearable platforms: 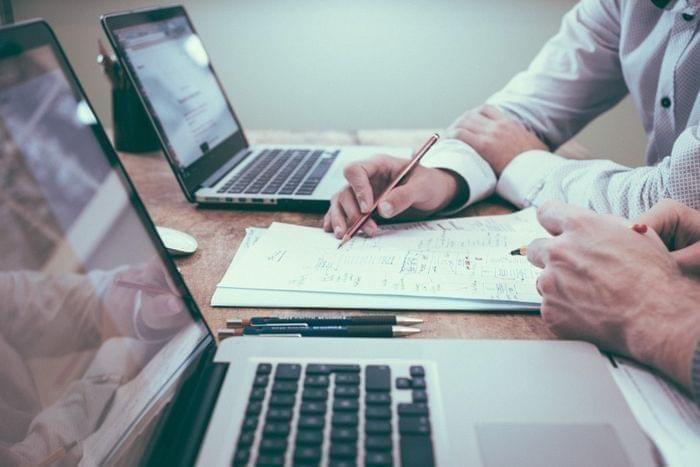 How to Choose a Software Development Company? 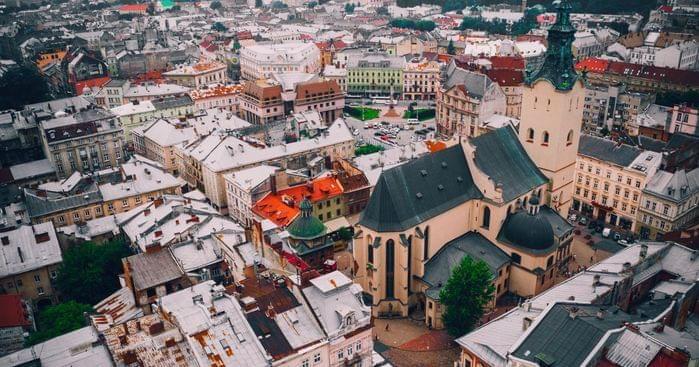 Outsource software development to Ukraine: 7 reasons to choose it 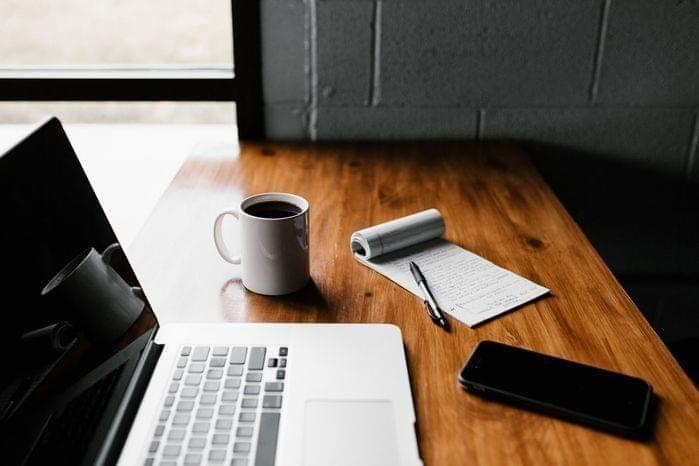