How to Convert iOS App to Android and Vice Versa [Fundamentals]

Developing an app for a single platform first is rational (and sometimes the only) decision for many businesses. Especially if they’re just exploring new client acquisition channel or experiencing a lack of resources.

Porting Android apps to iOS or vice versa is a way out in case the development of that first app has met your expectations. Having an application for one platform means losing potential customers hanging out on the other OS, though.

Still, there are tons of peculiarities to know before you start looking for skilled vendors. As a product owner, you have to understand what it takes to convert iOS app to Android or conversely.

That’s what we’re going to discuss in this article: steps you should undertake to convert Android app to iOS or vice versa and peculiarities to pay attention to.

Reasons to Port Android App to iOS or Vice Versa

There are dozens of possible reasons. Be it the need to cover as many users as possible or good results you’re getting from one application.

This section is rather for those who haven’t yet figured out the benefits of porting Android to iOS or vice versa. So if you’re not one of them — just jump to the next heading.

For many businesses, one of the major reasons to convert iOS to Android might be the popularity of the latter platform. Though Android doesn’t dominate all the markets, it’s still the world’s most popular mobile OS. That makes it a must-have platform for mobile presence in case you’re planning to scale the product worldwide or to several countries.

Having an Android application might mean you want to know the reasons for porting Android to iOS. Though iOS is less widespread worldwide compared to Android, it still dominates some wealthy markets:

It’s impossible to ignore so many potential clients if the product is targeted on above-mentioned regions. Not talking about regions where iOS has 20-40% market share which is still a large number in a user equivalent.

In most cases, the presence on both platforms allows reaching more of the target audience and so make the mobile strategy more profitable for a company.

An effective expansion to multiple new markets almost always demands to have mobile applications for both platforms.

To be well-prepared for expansion to North America, Oceania, and some other local markets (e.g. Norway, Japan, Saudi Arabia), you may need to convert Android to iOS application to meet user preferences.

Here everything depends on a monetization model you’ve chosen. Anyway, two applications are potentially able to generate more profit than one.

There are two main ways of how applications can increase the income:

Share of a platform on a market isn’t the only thing to pay attention to during expansion. Target audience, their preferences, and local laws also play a big role.

For example, to launch the product in Europe, both applications have to be compliant with GDPR. For Arabic countries, UI/UX designers should adjust the interface to the Arabic language.

Feel like you need some help with this? You may contact our managers to get a professional consultation concerning a product’s adaptation to different regions as well as porting to another platform. It’s FREE of charge.

How to Convert Android App to iOS and Vice Versa

Let’s talk about how to port Android app to iOS and conversely. The best option is to find a reliable software development vendor. In this case, you should be ready to provide the source code, media resources, (e.g. icons, illustrations) and documentation.

There is no way to convert an app via any kind of app converting platforms. You’ll get the unstable solution with lots of issues at best and not functioning one at worst. In-house developers or software service vendors is the best way to convert apps.

At Cleveroad, all the provided files pass through Business Analysts, UI/UX designers, and mobile developers to plan the development process as well as ensure correct conversion on each layer.

Unveiled: All the truth about mobile app builders and how they can harm your project

Porting Android apps to iOS (or vice versa) reminds of constructing two different buildings. No, seriously. Imagine you’ve built a fancy hotel in Mexico City and you want an exact copy of that building in Barcelona. Sure there are some blueprints left from the previous project but you have to build it from scratch anyway and comply with local laws.

As you understand, it’ll take some time for a development team to build your application. The may be pretty complicated, especially for fast-growing applications.

Let me name just a couple of examples:

Tech Challenges of Porting an Application

Since we’ve already covered how to convert iOS to Android and vice versa, let’s stop on peculiarities of these operating systems making a converting process so complex.

As you may know, iOS and Android mobile operating systems use distinct programming languages:

Well, of course, applications may run other programming languages but those ones are official and the most widely used for mobile development.

Again, there is no magic way to translate the code written in one language to another language. It demands the efforts of mobile developers to make it work.

What’s more, since every programming language has it's own syntax, the time required to build one and the same feature using various languages may differ dramatically too.

At Cleveroad, Android and iOS developers work as a team to convert Android app to iOS app (or vice versa) and ensure the highest quality of end product.

iOS and Android are updated every year. So the following problem arises: many users don't want or simply can’t update to the next OS version. Meaning your application should work at least on the most popular versions of an operating system.

If you need to convert Android project to iOS, the situation isn’t that bad at all. 91% of all iOS users utilize it's latest version (which is currently iOS 12). Only 6% of them are using iOS 11 and 2% — older versions.

A share of iOS versions as of May 2019 (Source: Mixpanel)

However, if you want to port iOS app to Android, be ready to research up-to-date statistics on the use of OS versions. The situation here is rather complicated since only 23% of all users have the latest OS version (currently Android Pie), 35% are using the previous version Android Oreo, and the rest is shared between older versions.

A share of Android versions as of May 2019 (Source: Mixpanel)

Anyway, there is no reason to worry about it. Your mobile app development team or a vendor you’re cooperating with will take care of this. You just name OS versions your target audience uses or else ask advice from the team.

A Variety of Screen Sizes and Resolutions

To convert app from Android to iOS, developers have to adapt the app’s layout to different screen sizes and resolutions. In the case with iOS, this list is relatively short.

Can’t say that about Android, though. There are hundreds of Android-powered devices from different vendors with different resolutions and screen sizes.

A schematic comparison of iOS and Android screen sizes

The good news is that Android allows developers supporting different densities by adjusting the application for several resolutions only. Afterward, the application will be able to automatically adjusted to other screens.

Changes to UI/UX design should be considered the same as tech peculiarities of porting. After all, Android and iOS have different design languages — flat and material.

Want to dive deeper into their differences? Read our detailed article about difference between flat and material design

So to convert Android to iOS app or conversely, the development team should mind design guidelines provided by Apple and Google to ensure great user experience. This means you may need a UI/UX designer in the team to take care of this.

An adequate porting of media assets from one platform to another is important as they have different sizes on Android and iOS.

Here is the size grid for iOS:

Each of these operating systems has a standard typeface: Roboto for Android and San Francisco for iOS. What’s more, both guidelines specify different use cases for their system fonts by means of various sizes, weights, and letter spacings. That makes them look more natural within a system.

Typefaces on Android and iOS

As for system icons, they are slightly different as well. Probably the first thing that stands out is thinner lines on iOS icons compared to bold ones on Android.

Comparison of icons on iOS and Android

Those are far from all differences in design that have to be taken care of. Much more things must be considered to port an app preserving decent user experience (e.g. Navigation Drawer, Bottom Navigation/Tab Bars, App Bars/Navigation Bars).

Testing is the answer to the question of how to port iOS app to Android (or vice versa) and not to fail. There are too many possible bugs and error to ignore this phase.

So make sure there is a skilled QA engineer in your mobile development team who’ll develop a testing strategy that covers UX testing, code testing, etc.

So, how to convert Android app to iOS app (or vice versa)? As said, there is no way to do it using app converters, code translators, and stuff. Porting demands a deep understanding of logic and coding performed by a professional. Consider this process as building an app from scratch.

The best way to handle it is to form an in-house team or hire an experienced vendor. In the letter case, you’ll need to provide the source code, media files, and documentation (if any).

Do you need any consultation? You may contact our managers to get answers to your questions as well as project cost estimation. It’s free!

Also, you might want to take a look at our portfolio with applications we’ve delivered to clients.

First of all, don't use app converters—all you can get is unstable code with tons of bugs. Instead, look for Java/Kotlin developers that know how to make Android apps. And don't forget to provide them with the source code, media resources, and documentation you used while making an iOS app.

Yes, but for that, you'll need to be (or hire) an iOS developer that knows Objective-C/Swift and can build the app from scratch. If you use any app converters, you can only get unstable code with tons of performance issues.

No, iOS apps won't run on Android devices, and neither an Android app can run on iOS devices. These are two different OS, they use different programming languages and OS versions.

There are some emulators, but they're good only for testing, not for real usage.

There's no good enough software that converts APK into iOS apps, as well as no software that translates Android code into stable iOS application.

If you want to port your Android app into iOS, you need to hire Swift/Objective-C developers and code from scratch.

You'll need to provide the team with the source code of your Android app, design materials, and documentation. 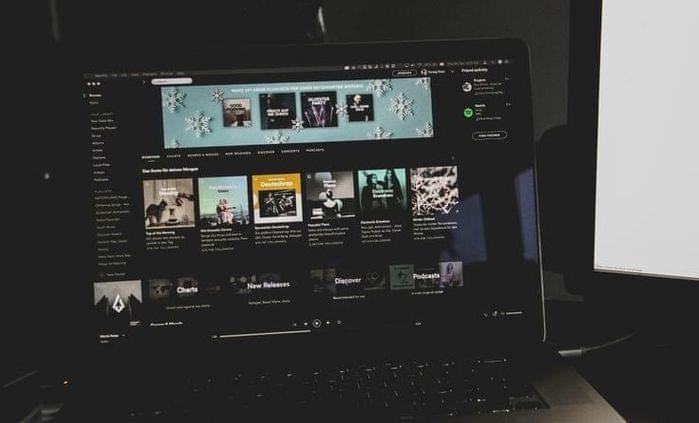 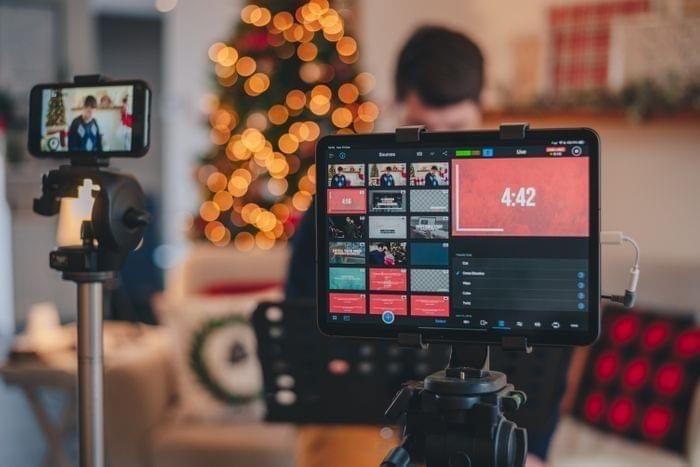 How to build a live streaming app: Fullest guide for 2021 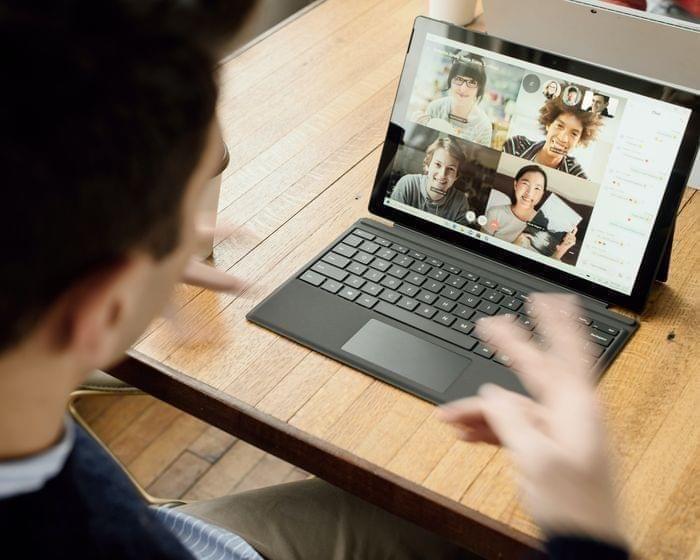 How to build video chat app in 2021 making no mistake